Black Vultures on a Gray Day

Rain drizzled softly on my jacket as I finally saw the creature I had been waiting for – the black vulture (Coragyps atratus). Perched atop some barren trees a hundred meters or so in the distance, a group of four vultures looked like Gothic statues against the backdrop of the overcast sky.  The previous two hours at Brazos Bend that morning had primarily been spent looking at much smaller birds that stood in stark contrast to the large and domineering black vulture. I had struggled to keep pace with my new binoculars as quick and tiny robins, warblers, cardinals, and mockingbirds darted in and out of trees.  Finally, however, for the first time that day I had time to slow down and meticulously take my time as I adjusted my binoculars, unafraid that these statues would suddenly decide to fly off and leave me reeling as their smaller distant cousins had done to me earlier in the day.

So why choose the black vulture, you might ask? Why choose a bird commonly regarded as ugly and revolting, a bird that is a natural scavenger and makes loud hissing sounds instead of sweet and melodious tunes like other more “typical” birds? The answer is multifaceted. First of all, I wanted to pay homage to a bird that I could easily identify before I embarked on bird watching class, before moving on to the new and fascinating avian creatures whose song, behavior, and field marks I have had the pleasure of learning these past few weeks.  Secondly, I wanted to choose a large bird that wasn’t in a rush to fly away so I could observe it carefully and for a long period of time. Finally, the weather forecast had called for a damp, gloomy day and I figured that nothing would be more fitting than to watch an ominous species like the black vulture.

The fifteen minutes that I watched the four black vultures was quite uneventful. Every now and then they would preen themselves, but little interaction occurred between the different members of the group. I took a break and located a Great Blue Heron in the marsh that Dr. Lee had pointed out. Returning to the vultures I half expected them to be in the exact same positions that they were when I had left, and, to my dismay, they were. There’s not much more I can say about what I observed that day concerning black vultures. Let’s move on to some more scientific knowledge.

One of the few things I observed the black vultures doing at Brazos Bend was preening themselves. Preening is necessary to keep feathers clean, free of parasites, and waterproof for flying. It  isn’t uncommon to see allopreening – when close relatives and mates preen each other’s hard-to-reach feathers  (Fig  1). What is surprising is to see interspecific allopreening – preening done between members of different species! In a paper published in 1984 Ng and Jasperson reported such an event take place between the black vulture and the crested caracara (Caracara plancus). The event took place in December of 1982 close to Refugio, TX., and involved an immature caracara and a black vulture. The caracara would lower its head at which point the vulture would respond by preening the caracara’s nape and back of head. The vulture once lowered its head and received some preening in return. A literal “I scratch your back, you scratch mine” scenario taking place between two different species in the avian world! In a 20 minute span there were 12 allopreening events that took place, according to the researchers.

In 2009 a paper by Souto and colleagues followed up on the work done by Ng and Jasperson and found seven interspecific allopreening events taking place between the black vulture and crested caracara in Minas Gerais, Brazil (Fig. 1). A similar pattern was found in the previous paper and the time span of the events was extremely unpredictable (9.38 ± 22.77 minutes). While the main reason for allopreening being advantageous is well known (removal of ectoparasites), it is interesting to note the reasons why these two specific species interact in such a way. The crested caracara hangs out by the vultures due to the vulture’s ability to find carcasses extremely efficiently because of their strong sense of smell.  In return the caracara is able to vocalize alarm cries when a predator is nearby, something a vulture cannot do due to the fact that they lack a syrinx. Souto believes this type of mutualism is evolutionarily advantageous since both parties complement each other’s deficits and the close proximity that the black vultures and crested caracara have with each other could explain why they partake in interspecific allopreening.

The crested caracara isn’t the only other avian species with which the black vulture interacts. Let’s look at how the spread of black vulture into Southern South America (more specifically Argentina) has affected the Andean condor (Vultur gryphus).  The black vulture is distributed in the Southern United States and all of Central America and most of South America (Fig. 2). It is just now expanding into Southern Argentina. A 2010 paper by Carrete and colleagues looks at how there is more intraspecific competition between condors in Argentina due to pressure by the competing black vulture (Fig. 3). Carcasses that were placed by the researchers were found by vultures much more quickly than by condors, although condors fared better at finding carcasses in the mountains. Another important difference to notice between the two species (and seen in Fig. 3) is the fact that male condors find carcasses faster than females, while there is no difference between sexes for the vultures. Male condors also dominate females and force them relocate to find food, which results in higher mortality rates. The presence of the black vulture could cause serious trouble for the Andean condor.

As we were returning from Brazos Bend I did get to see a group of black vultures fly over head perpendicular to the car, so let’s take some time to discuss a pressing issue concerning both black vultures and their close relative turkey vultures (Cathartes aura) – aircraft collisions! A 2005 paper by DeVault and collegues discusses the common occurrence of civilian and military aircraft of vultures with their flight altitudes. Around 22,000 reported collisions took place in the U.S. between aircraft and birds and according to a paper by Dolbeer and colleagues in 2000, vultures are avian species that contributes most to damage to aircraft. DeVault found that vultures flew higher than reported in previous literature with black vultures flying at an average of 169 ± 115 meters above the ground (Fig 4). These values are calculated by observing and recording 180 locations in the sky of 8 different black vultures over a one year period using aerial telemetry (the birds were caught and equipped with a transmitter that would tell the height above ground when flying).

While the black vulture might seem like an unsightly creature, their existence is not much different from any other avian species, whether they are participating in interspecific allopreening with the Crested Caracara, outcompeting the Andean Condor for food, or just flying into aircraft! I wonder how these guys fared during the cold front (sub freezing temperatures!)… 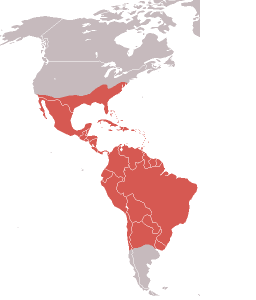 Fig. 2. Distribution of the black vulture which is natively located in the Southern United States and all of Central America and the Caribbean. From Wikipedia  – http://en.wikipedia.org/wiki/File:AmericanBlackVultureMap.png

Fig. 3. This figure is taken from the 2010 paper by Carrete and looks at how quickly Andean condors and black Vultures respond to a carcass being placed at a site. The invading vulture is much more adept at finding the carcass due to their superior sense of smell and is able to outcompete the native condor. (http://onlinelibrary.wiley.com/doi/10.1111/j.1469-1795.2010.00352.x/abstract)

Fig. 4. This figure is taken from the DeVault paper (2005) and graphs the percentages of altitudes above ground level for both the black vulture and turkey vulture. (http://www.jstor.org/stable/3803730)

Fig. 5. Black vulture perching atop a building. From user Pinelandwood on Flickr – (http://www.flickr.com/photos/piney1/5392812481/sizes/z/in/photostream/) 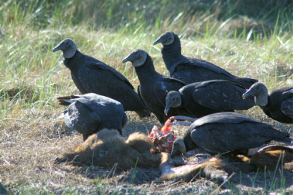 Fig. 7. Portrait of a black vulture. From user Matt_olyshooter – http://www.flickr.com/photos/olyshooter/4084516760/sizes/m/in/photostream/

[This paper looked at the damage done to air craft by high flying birds, and concluded that among the most damaging birds were black vultures]
Link – http://www.jstor.org/stable/3783694

This entry was posted in Vultures. Bookmark the permalink.

2 Responses to Black Vultures on a Gray Day